Fifteen years ago, Moncler embarked on a journey to circumnavigate the globe; setting out from its Milan home to explore all continents. It now returns to Milan with a new, greatly expanded presence.

﻿Its new flagship at Via Montenapoleone 1 celebrates the brand’s close relationship with the city of Milan, as the new Moncler flagship store is located at the heart of the city’s fashion epicenter. It’s an entire building spread across four floors, covering a surface area of around 838 square meters in total, of which 568 are given over to sales alone. 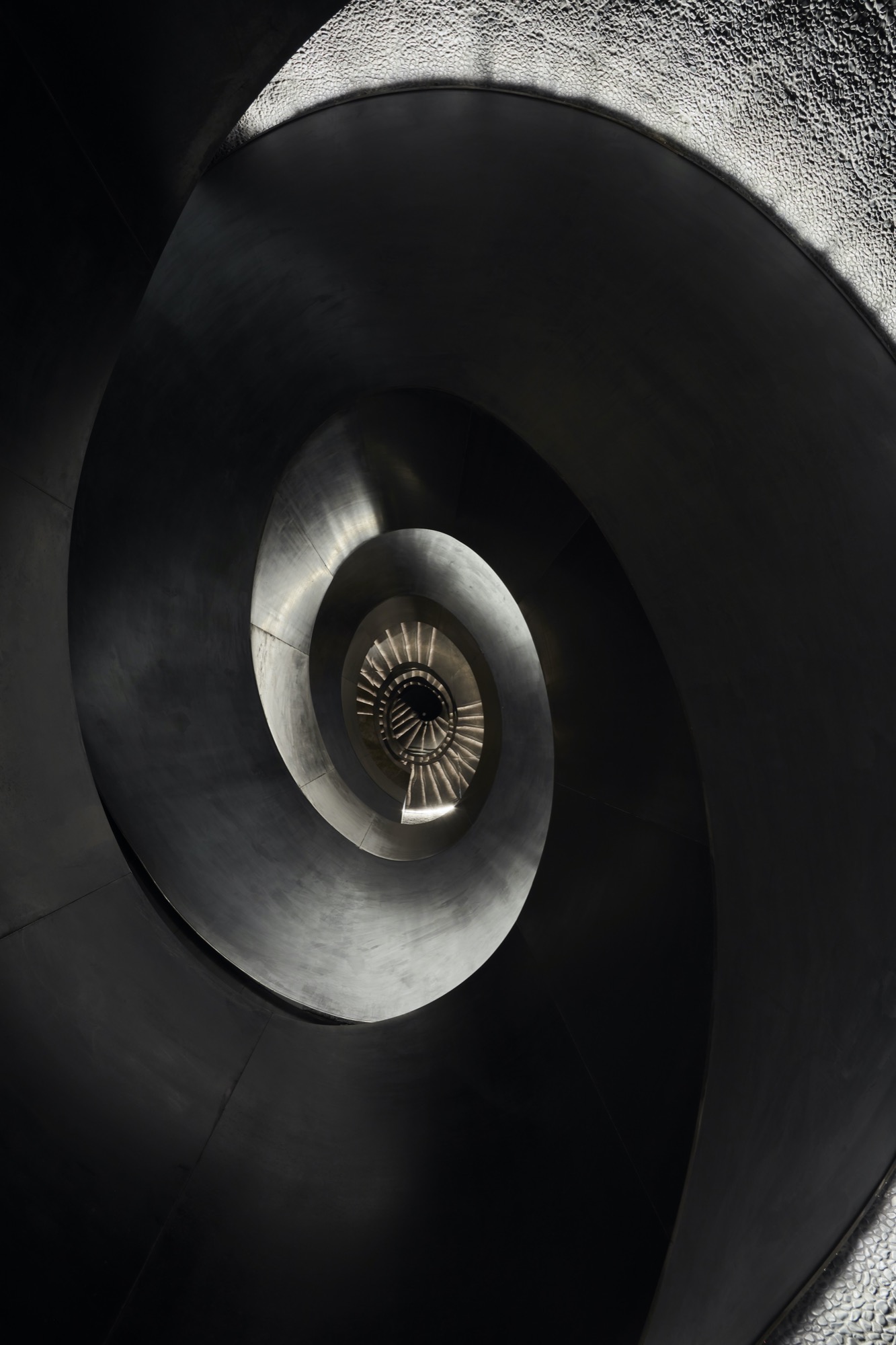 The architectural concept is once again the work of French studio Gilles & Boissier. The boutique includes new elements drawn from a variety of cultural and artistic sources, inspired by the genius loci, the guardian spirits of Milan. This can be seen in a heightened use of symmetry, as well as geometric references drawn from the rationalism and classicism of the ’30s and ’40s, a period in which Milan was a hothouse of design innovation. The ground floor features a hallmark technique, known as Risseu, in which stones worn smooth by seawater or flowing rivers, are laid in a geometric pattern. A technique widely used in the grottoes of Lombardy's lakeside villas during the Mannerist and high Baroque periods. The store’s furnishings feature a combination of finishes, blending noble materials such as leather and marble. With its powerful visual and spatial impact, the spiral staircase linking the four stories combines black metal with Montecristo marble, with its sophisticated and nuanced play of black and brown.

Boiserie paneling, a key leitmotif which runs through all Moncler boutiques gets its own special treatment; taking this signature element to a new level. On the first floor, dedicated to the women's collection, the honey-colour oak wood paneling is punctuated by gilded picture frames, evoking old-world charm while at the same time transforming the perspective. The atmosphere on the second floor where the men's collection is housed, is, on the other hand, entirely masculine: a space with depth and intimacy, created by alternating areas of shadow and light. Black is the common denominator, evoking the mysterious metropolitan charisma of Milan. The boiserie paneling is also black, in crisp contrast with the camel-colored tailoring- effect ceiling, as is the mosaic of smooth black stones used in the Risseu decorative effect. The overall effect ensures the garments on display are the unrivalled protagonists of the show. 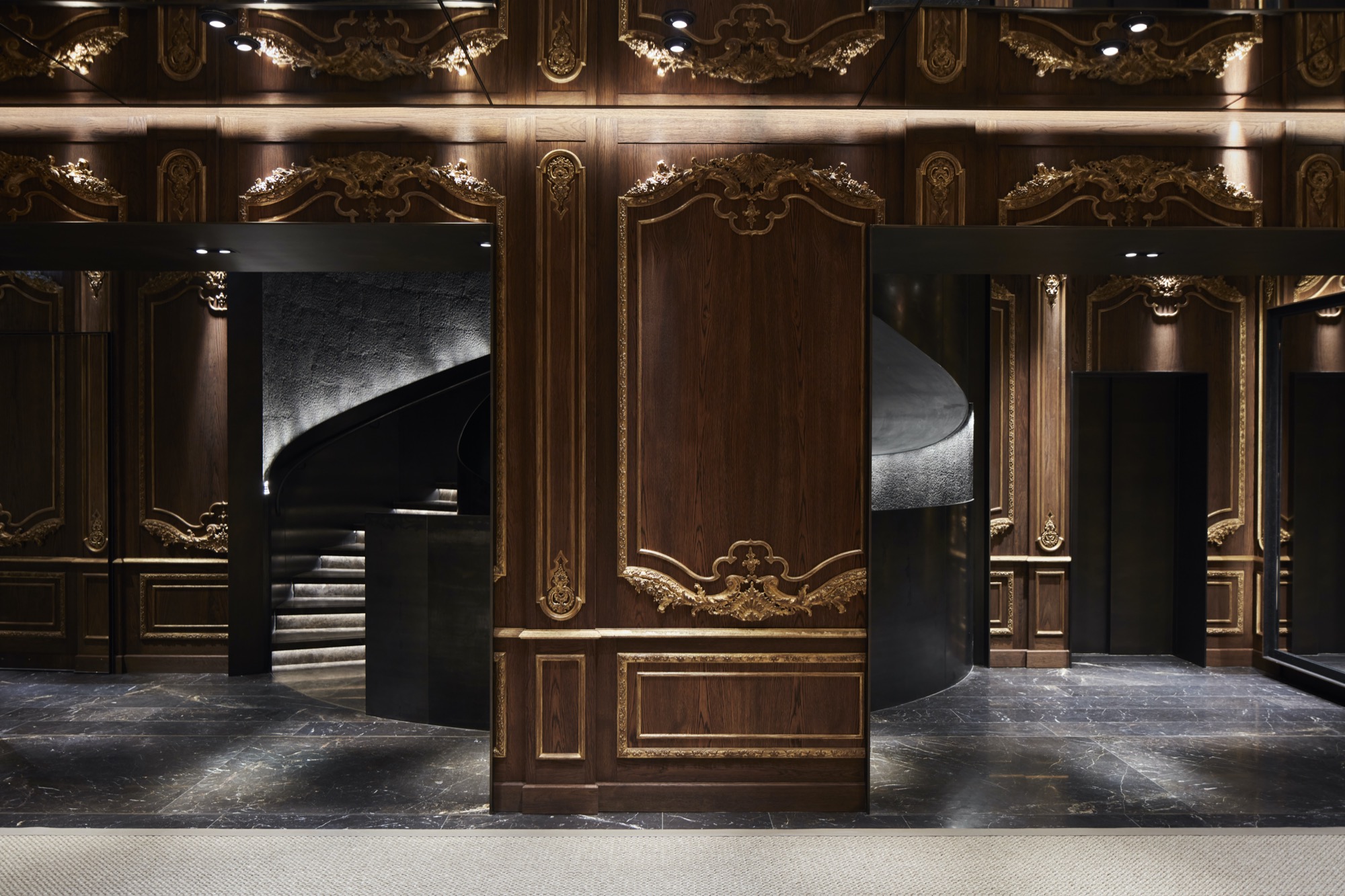 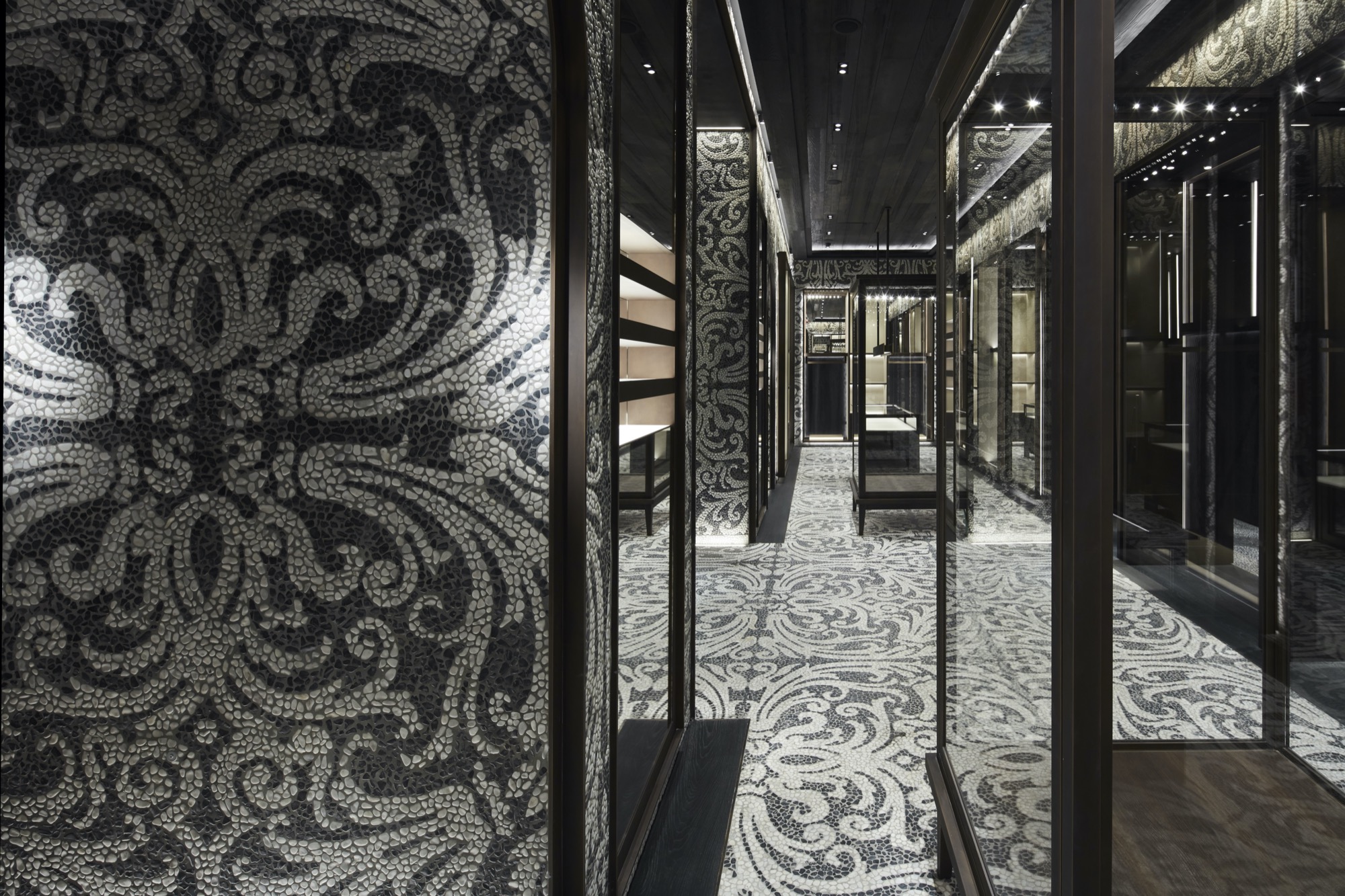